​
This article should be read by all puppy buyers, it will help to understand the different types of Shepherds and it will help you choose a puppy that suites your family.

The German Shepherd Dog (GSD) is one of the most popular breeds in the world, but ironically it's also misunderstood by many of its biggest fans. Many aren’t aware that the GSDs trotting in the show ring are drastically different from actively working GSDs, as they were bred for so much more than looks. If you're thinking about bringing one of these magnificent dogs into your life, it's critical to understand the important differences between show line and working line German Shepherds.
Working Line German Shepherds: the Breed Standard
German Shepherd Dogs were originally bred to work. The breed's creator, a German army captain named Max von Stephanitz, sought to create a hearty dog that could enthusiastically perform rigorous jobs, repeatedly and flawlessly every time – while still returning home to serve as a loyal protector and companion for its family. Breeding for looks was a secondary goal.
Since the first GSDs were bred in 1899, rigorous rules set by the German Shepherd Club of Germany (SV) have served to protect the breed standard. These standards ensure that all European-bred GSDs can only be certified by the SV if they:
European German Shepherds, from breeders who specialize in working bloodlines, retain the characteristics sought after by the von Stephanitz and the SV. They include:
A German Shepherd Dog from working bloodlines would never win in the show ring because it was bred for working, not showing. Physically it bears little resemblance to the typical GSD found in most homes. The most accurate displays of working lines German Shepherd Dogs are akin to Rin Tin Tin and can also be seen in the profiles from Northwest K9s.
Show Line German Shepherds Reign in the Ring
The average GSD fan wants the look of the popular breed, yet few pet owners have the time, patience or knowledge to raise a true, authentic working line GSD. To accommodate pet consumer demand, European dog breeders began creating the “Show Line German Shepherd,” also referred to as “High Lines” and “Sieger Lines.” These dogs must pass the basic certifications required by the SV, but they are primarily bred for winning appearances at dog shows and as family pets.
In general, both European and American show line German Shepherds (and even those from backyard breeders) have the following characteristics:
In America, show line German Shepherds are almost identical to their European counterparts, with one great exception: American show line GSD breeders do not have to submit their dogs toany temperament or health testing requirements in order to obtain American Kennel Club certification. Many lovers of the breed argue that the absence of requirements and weak standards imposed by the German Shepherd Dog Club of America is why so many GSDs suffer from crippling and debilitating health conditions that are rare in working lines. Show line critics have good evidence to support their claims that indiscriminate breeding, profit motives and ignorance have compelled breeders to create a dog that bears little resemblance to the one created by von Stephanitz.
Before bringing a German Shepherd Dog into your life, learn as much about the dog's ancestry as possible. This is easy when you buy from a reputable German Shepherd breeder, but futile if you want to adopt one of the thousands in rescue. But please don't let that deter you from considering a German Shepherd rescue. If you think you have the lifestyle, patience and willingness to commit to lifelong learning with a GSD, first get to know other German Shepherd owners, find out who the excellent breeders and trainers are in your area, and learn as much as you can about the joys and pitfalls of loving a German Shepherd from any bloodline 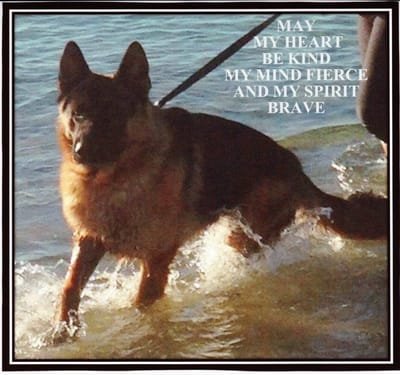 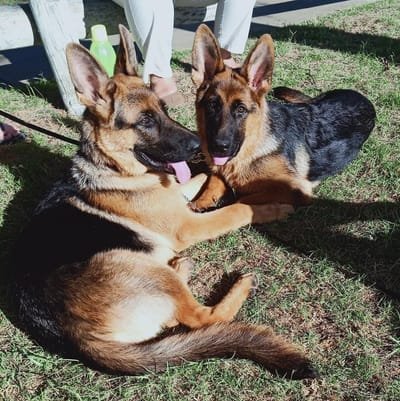